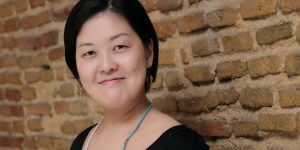 Mio Yachita was a participant in the 2017 edition of the Global Cultural Leadership Programme.

Mio is a researcher, coordinator and translator in international arts management and cultural policy. Her recent interests include; international cultural exchange and cultural diplomacy, arts management education in Asia; and community-engaged arts programs, especially in relation to South East Asia and Japan. Currently she works as a Research Associate at Graduate School of Global Arts, Tokyo University of the Arts since 2016. Prior to academic career, she had worked at the Japan Foundation since 2009 and later served overseas as an Assistant Director and Head of Cultural Affairs Department in Malaysia from 2012 to 2016. While managing the office and overseeing grant programs, she had produced numerous performing arts programs including traditional Kyogen and Bunraku, as well as contemporary performances. She has also taken part in organizing several conferences and panels with Malaysian counterparts. She has also recently been working with research and training programs in Cambodia, Singapore, Hong Kong, and Taiwan.